Bethany began as "The Baptist Church of Bridgeport" in 1867. Meetings were held in Healy Hall, at the corner of Mary Street and Archer Avenue. The name was changed for a short time to "South Chicago Baptist Church." Twenty years later the church incorporated as "Bethany Baptist Church" and began the process of locating and building in the McKinley Park neighborhood. In 1888, Brighton Park Baptist Church united its congregation and assets with Bethany. Then Elsdon Baptist Church also followed merging in 1894. A few years after settling into the Hoyne Avenue property, a note in the church records states, "A motion was carried that the trustees be instructed to give notice to the owners of the horse and  chickens to remove them from the church property." Can you picture horse and chicken roaming in our present location? In 1947 Bethany withdrew from the Northern Baptist Convention, now known as the American Baptist Churches, to become a founding member of the Conservative Baptist Association.  Bethany maintained this affiliation until 1981.

Some interesting facts in Bethany's history follow: In 1917 the first Vacation Bible School was conducted. In 1944, Miss Eileen Prickett was chosen to be Bethany's first missionary, serving in India. 1947 brought a relationship with a German Baptist church in Hamburg to supply them with goods needed for relief use for displaced persons after the war. The 75th anniversary, 1942, marked the completion of extensive interior repairs to the kitchen, Sunday School room in the basement, and most notably the entrance hall. In 1959, Bethany fielded its first ball team. In the 1960's, Bethany acquired a parsonage and a bus and completed more renovations. In the 1970's, the Youth Center Building, known as the Greystone building, was purchased with the adjacent lot for parking. In 2012 the men of the church refinished original beadboard and repaired the plaster walls of the auditorium of the building.

By God's grace, the church remains faithful and trusts God to sustained us to continue His work in McKinley Park. 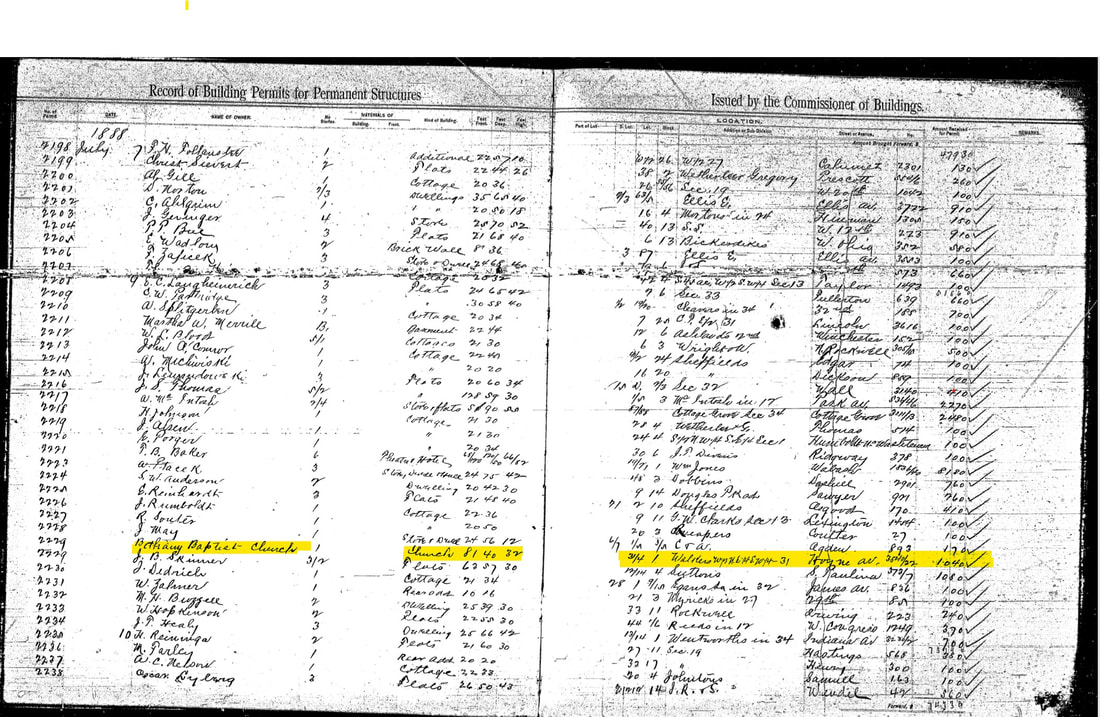